Election Results and their Effect on Internet Gambling 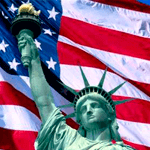 The 2016 United States Presidential Election is being called the biggest upset in U.S. political history usurping the surprising win of Truman over Dewey in 1948. The President-elect, Donald Trump, a real estate tycoon, had previously owned three Atlantic City, NJ, casinos; Trump’s views in regards to online gambling have varied greatly before and after his divestiture in land-based casinos. While Vice President-elect, Mike Pence, is strongly against online gambling, the issue of internet casino gaming seems to currently fall to the states and will remain so for the time being.

Put on Hold for the U.S. Election Year

The last online gambling expansion in the United States was in 2013; Delaware and New Jersey legalized slot and table play while Nevada legalized internet poker rooms and websites. All subsequent talk was put on hiatus for the presidential election year; no U.S. politician wants to risk losing their re-election or the re-election of another party member over an issue such as online gambling. Still, any internet gambling legislation will most likely not be discussed seriously until the 2017 legislative session convenes.

Betting Legislation is on the Back Burner in Some States

There were states looking at the issue when the election season started; California, Pennsylvania and Michigan were all considering the success of internet wagering in terms of increased tax revenue in the states where it was already legal. All three states rank in the top ten most populous states and have a combined population of almost 62 million; this is almost 20 percent of the US population and two million shy of the entire population of the UK.

Legalized online gambling in all three states would be a major boom to the industry; the fact that all three are in desperate need of the new tax revenue stream bodes well for the future. However, each has situations to be considered:

The Rest of the Country

The fight for legal online betting in the aforementioned three states will go a long way toward determining outcomes in the rest of the country. California, Michigan and Pennsylvania have all spent time at the forefront of gambling legislation over the years, creating precedence for legalizing online interests. There will be more talk of legalization of online gambling in the U.S. in the near future, and in spite of the varying opinions of recently elected officials, the possibility of expansion seems probable.