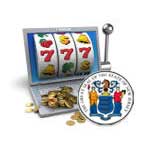 On November 26th, New Jersey will become the third state to allow online gambling, following in the footsteps of Nevada and Delaware. While some are excited by the move, others worry that online gaming will make it easier for compulsive gamblers to feed their addiction. In response to these worries, New Jersey has extended its self-exclusion list so that gamblers can ban themselves from online gaming.

Like many other states that allow casino gambling, New Jersey has a self-exclusionary policy that allows gamblers to put their names on a list, thus banning themselves from any casinos within that state. New Jersey will automatically put the names on their casino list onto the new online list, which will be a separate entity. Others may put themselves on the new list thereby excluding themselves from online gambling in New Jersey.

Gamblers can ban themselves from casino and online gambling for either one year or five years, after which they can either leave themselves off of the lists or put themselves back onto the lists. Any gambler found circumventing the lists to gamble must forfeit any winnings they have accrued while they were on the list whether it’s the casino or online list.

Some Worry About Internet’s Effect on Compulsive Gambling

Former head of New Jersey’s Council on Compulsive Gambling, Arnie Wexler, is worried that online gaming will make it too easy for those with a gambling addiction to get their fix. “Compulsive gambling is an impulsive addiction, and the addicted gambler can’t resist the urge to gamble and chase loses or wins”, Wexler said.

But David Rebuck, the state’s Gaming Enforcement Division’s director sees no issue with online gambling. “Expanding the Division’s self-exclusion program to include internet gambling and making the application process available to the public prior to internet gaming’s go live date of November 26th, 2013 represents a commitment I made when following the signing of the Internet gaming bill. The division is committed to promoting responsible gaming, not only in Atlantic City’s casinos, but also on the internet”, he said.

Help With Getting on the List and Compulsive Gambling

People already on the list do not need to sign up again; their names will automatically added to the new internet version of the list. Those not on the list already may sign up for one or both lists. Anyone who is considering joining the list can call 1-800-GAMBLER or go to https://800gambler.org/ to set up a consultation with a counselor to discuss their gambling problems.