Are Three-Reel Games Better If You Have A Smaller Budget? 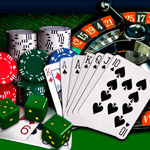 Few slot players will ever have identical budgets to each other. While one player might be happy to bet several dollars on every spin, another player might only want to bet a few cents per spin – or even just one cent. There is no right or wrong amount to wager, other than the relevance it has to your available budget.

So, would three-reel games suit you more if you only have a few dollars to play with?

This is one thing to bear in mind as three-reel games tend to be limited in terms of paylines. Some only have one, while others might have three or five. This means you have fewer lines to cover. If you bet a cent on each one, it would only cost one, three, or five cents per spin in the examples given above.

Compare that to a five-reel game where you might have 20 or more paylines to cover. You will get far more out of your budget by playing a three-reel slot. Of course, you’re betting on fewer lines which means fewer winning chances per spin.

You usually still get a decent array of coin values

This doesn’t always apply, but there are lots of slot games that have coins worth from one cent per spin. These often go a lot higher, sometimes reaching around $10 per coin.

That means you can sort out how many lines you are playing, how much you are playing per coin, and seeing how far your budget will go before you begin. This is an essential step to take when you play any slot game, of course. That’s the best way to make sure you are happy with the amount you are going to wager on every spin.

Even a small budget goes a long way

This is perhaps the best feature of playing a three-reel game. You’ve only got a limited number of paylines to play on. That means you’re going to get smaller bet amounts if you choose a smaller coin per line. If you are playing on just one line, and you bet one cent on it per spin, you’re going to get 100 spins out of just a dollar. That’s the absolute lowest you can go, but it does show you how far a small budget can go.

So… how far will your budget go?