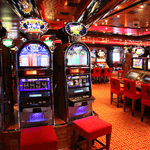 Zynga's new game Zynga Slots is the fastest growing game on Facebook for the second week in a row signaling good things ahead for the company. Zynga Inc has made themselves a winning slot game with Zygna slots. According to statistics released by Indie Social Games, the game now has 10.6 million active monthly users, a 177 percent gain over last week. Last week they were on top but not by such a landslide. Last week the Zynga Inc slots game had 4.3 million monthly active users. Last week’s gains over the week before came in at a striking 247 percent.

Since the release of real money gambling in the UK on April 3, Zynga’s stock has risen by nearly seven percent. The real difference will show when the games start in the US but for now the firm will have to resolve itself with operating in the small markets that are already open. They do expect to have massive competition in the future. For the time being however, the company is expanding into an under saturated market. That’s good for Zynga Inc and its investors are reaping the rewards.